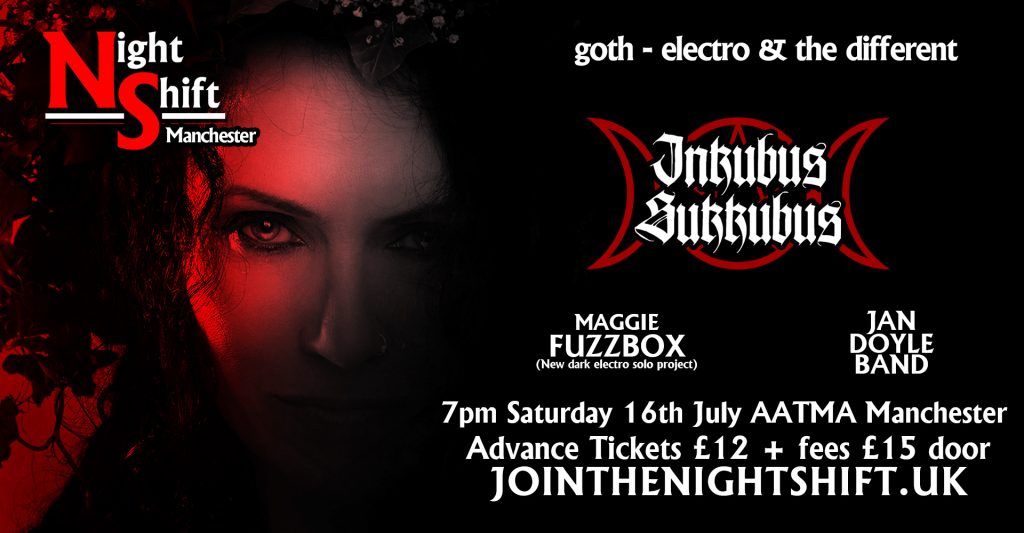 Inkubus Sukkubus are an English goth and pagan band, formed in 1989 by Candia Ridley, Tony McKormack and Adam Henderson,who have been described as one of the most enduringly popular underground Goth bands in the UK. They also have been described by Mick Mercer as a “zombie version of Fleetwood Mac” in his book Hex Files: The Goth Bible. Ever popular and known for fabulous live shows they are always in demand for festivals around the UK and Europe.

Maggie Fuzzbox (AKA Maggie Dunne) here performs her new solo material mixed with some reworked classics from the band We’ve Got A Fuzzbox and We’re Gonna Use It of which she was a founder member. She tells us the new project is largely based on dark electronic themes with a bit of guitar thrown in for good measure!